← more from
Ghostly International
Get fresh music recommendations delivered to your inbox every Friday.

The Ways We Separate 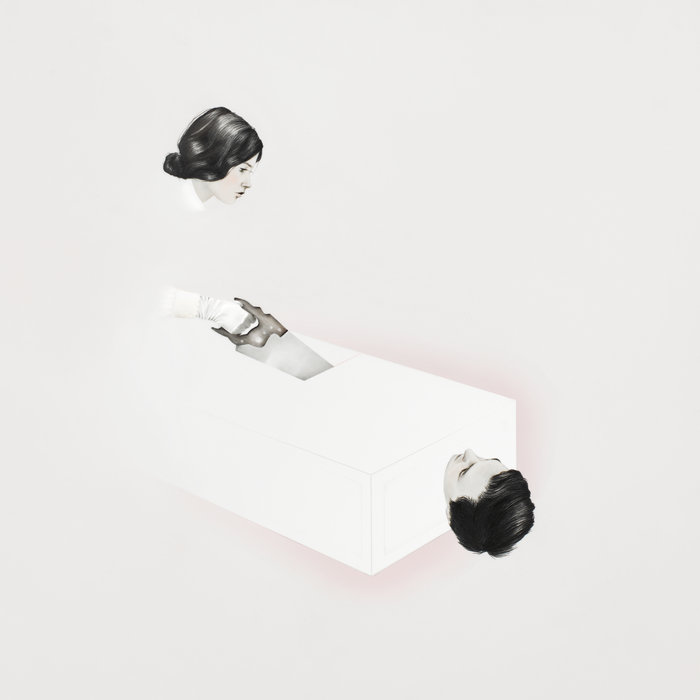 The Random Rave Beautiful! I am glad bandcamp reminds me to buy it~ because
it was on repeat. hehehe

Chris_Question_Mark Saw them live in Minneapolis with Tycho. An amazing show all around. Beacon's music is subtle, delicate, but jams when heard loud. Love their live extended beat breakdowns. Similar vibe to the likes of artists: Milosh, Baths and Thom Yorke. Favorite track: Split in Two.

Thomas Mullarney and Jacob Gossett, aka Brooklyn duo Beacon, introduced themselves to the world with the No Body and For Now EPs, both released last year on Ghostly International. The EPs were united by minimalist, R&B-influenced instrumentation, and also by a lyrical theme, with both serving as meditations on the darkness that underpins the most intense of human emotions: love.

The duo's debut album The Ways We Separate both consolidates and develops these ideas. The album focuses, as the title suggests, on the idea of separation — both within the context of relationships and in a more intimate, psychological sense. As Mullarney explains, "The narrative contained inside The Ways We Separate deals with two kinds of separation: one where two entities grow apart, and the other where we grow apart from ourselves. Over the course of a relationship, the two sometimes happen together, one being the result of the other."

Desires, passions and regrets are central to the songs on The Ways We Separate, which take a variety of perspectives to construct a nuanced reflection on the album's central theme. 'Between the Waves' draws a clever analogy between relationships and soundwaves falling out of phase: "I know all the ways we separate/ Where we start to fade at different frequencies." 'Overseer' catalogues a parting of the ways with discomfiting clarity: "Isn't it fine?/ Taking it slow?/ Watching you watch me walk out your door." And album closer 'Split in Two' explores how the extremes of love and loss can take you far away from being the person you thought you were, making explicit the connection between the two ideas of separation: "What I'd do for you?", sings Thomas Mullarney, "Split myself in half/ Divided into two."

Musically, The Ways We Separate finds Beacon working with a richer sonic palette than ever before —as Gossett says, "The production on this album is much more expansive than anything we’ve done thus far. We spent a lot of time exploring new gear and experimenting with how to pull a wide range of sound out of various instruments. Some of the key sonics that shaped this LP are analogue synthesis, lots of heavily processed guitar work, and vocal layering/processing." While the abiding mood remains that of late-night introspection, the production draws from elements of hip hop and a wide gamut of electronic music, marrying intricate beats and subtle textures to honeyed pop melodies that belie the album's conceptual depth. Rarely has bleakness sounded so pretty — this is a record that's deceptively, compellingly beautiful, an exploration of a place both discomfiting and darkly seductive.